WHEN REGULATORS HIDE FINES & PENALTIES, WE ALL LOSE 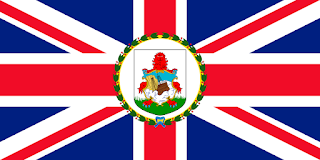 Perhaps the most alarming disclosure appearing this week in the new "Paradise Papers" is news that the Bermuda Monetary Authority (BMA) fined Appleby $500,000 for compliance failures, and hid that event from the public. When regulators conceal their disciplinary actions, investors are denied information they need for risk management purposes, and often incur more risk than they intended to take on. Prospective clients are also harmed, because many would engage another law firm if the one they had in mind was publicly scolded and fined for violations.

Unfortunately, it is not only the Tax Havens of the Caribbean that fail to disclose offenses timely; I have written several articles about the opaque nature of Canada's Ontario Securities Commission (OSC), which quietly levies fines, without any publicity, leaving investors there totally in the dark. We published news of one, also for $500,000, not made public. Is this fair to everyone engaged in the sale of securities ?

American regulators often delay publishing news of fines for months, which is a disservice to compliance officers who are unaware of the illegal conduct, and would have steered clear of the offending bank, had they only known of the civil fines & penalties. We hear about fines, but when we go to the regulator's websites, we see that the offenses have not yet been made public.

Who regulates the regulators ?