WILL US BRING CRIMINAL CHARGES IN PETAQUILLA MINING SCANDAL INSTEAD OF PANAMA ? 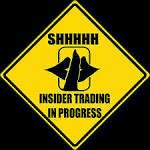 While we do not choose to name him, a prominent Panamanian ex-government official has been supplying information to an American law enforcement agency that is investigating the Petaquilla Mining Ltd. /Financial Pacific insider trading scandal. Most likely, he has received immunity from prosecution in exchange for his information, and possible future court testimony.

Considering that prosecutors in the Republic of Panama have declined to arrest any of the former government ministers who profited handsomely from inside information, it is up to the United States and Canada to seek justice for those North American investors who were exploited. Remember, not only did the ministers, as well as then-President Ricardo Martinelli, take illegal profits, but other prominent Panamanians were let in on the non-public secrets, including some of Panama's Syrian organized crime syndicate, and the group has relatives placed inside every Panamanian government agency and office. those individuals generally are able to indefinitely delay or dismiss any potential criminal charges against any members of their crime syndicate.