DID BANKS WHERE HASTERT HAD ACCOUNTS DROP THE BALL ?

The Federal indictment of former Speaker of the US House of Representatives, J Dennis Hastert, on charges of Structuring to Avoid Reporting Requirements, and lying to Federal law enforcement agents, reminds us that the bank accounts of politicians, even former or retired ones, deserve special attention from compliance. Here, Hastert was engaged in paying off an individual against whom he had committed some unspecified misconduct, probably while a high school teacher or coach, but the payments could very well have involved criminal activities.

Hastert's conduct, which occurred after he had left the House of Representatives, for a lucrative new career as a lobbyist, was discovered after the FBI & IRS investigated the possibility that he was the target of a criminal extortion plot. Apparently, he was paying the money, said to be a total of $3.5m, on a voluntary basis, but we do not know what the details are at this point.

(1) Hastert withdrew $50,000, fifteen times, from his US bank accounts, over two years, before his bankers raised any questions about the circumstances of the withdrawals. This sounds like compliance malpractice, in my book.

(2) Then, in response to their inquiries, he structured his future, regular withdrawals, so that each one would be under the $10,000 threshold for reporting. However, his bankers still let this happen for an additional two years, before a criminal investigation was initiated. What happened here, I wonder ?

One wonders whether there was a special relationship between Hastert, and his bankers, that interfered with the filing of CTRs, or with immediate notification of his actions to bank counsel for investigation, and also to law enforcement. Prominent former politicians often are coveted by bankers, not just for their business, but for the potential referral of lucrative business of their lobbying clientele. Did customer relationship managers trump compliance concerns here ? 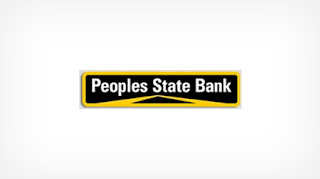 To be fair, we do not know whether Hastert alternated his cash withdrawals among these banks, as those details are not specified in the Indictment, not whether any CTRs were timely filed. Unfortunately, should he enter a guilty plea, we may never know these important details, but we hope that compliance officers at financial institutions whose clients include present or former politicians govern themselves accordingly, lest they also find their banks' compliance shortcomings exposed in a public forum, with probable reputation damage as the result.