TURKEY'S RECENT ACTIONS COULD DESTABILIZE THE REGION, AND DAMAGE ITS ECOMONY

When it comes to predicting major changes in Country Risk, it pays to be sensitive to events which, though individually seem to be minor, when connected could result in a drastic shift in risk. Turkey, of late, is a case in point; Its chauvinist president is creating problems that could increase substantially risk levels for Turkey. Here are some of them :

(1) Eyewitnesses report that Turkish intelligence services have been supplying arms & ammunition to ISIS/ISIL. While arming opposition forces in Syria is supported by most Western countries, Turkey is playing with fire with ISIS, for its radical Islamist leadership could, after conquering Syria, choose to move into Turkey, to expand its "Caliphate."

(2) In a recent speech, which unfortunately did not appear in most Western media, President Recep Tayyip Erdogan was extremely critical of the countries of the Middle East, for becoming involved in multiple armed conflicts, and directed the Muslim countries to focus on reconquering Jerusalem, and he did not specify East Jerusalem* only. This appears to be call to battle, which could result in not only an additional war in the region, but Turkey, which is a NATO member, becoming involved with Israel. NATO is duty bound to defend Turkey from attack. How will this play out ?

(3) Turkey has become the headquarters for Hamas' overseas operations, especially its efforts to expand into the West Bank. Palestinian terrorists captured or killed by Israel, have been supported by Hamas' Turkish operations center. What if Israel attacks this base, or seeks to assassinate the Hamas leadership there ?

(4) Erdogan has made statements which indicate that he longs to return to the glory days of the Ottoman Empire. If you know your history, you remember that, prior to the First World War, it extended to Jerusalem, Mecca and Medina. That sound like a backhanded threat to Saudi Arabia, as well as Israel.

While we cannot predict that any, or all those Turkish missteps will rebound against Turkey's economy, or force it into an incident that develops into war that will damage its infrastructure, armed forces, or ability to export goods, it might be prudent to keep a sharp eye on President Erdogan's saber-rattling, for Country Risk purposes. 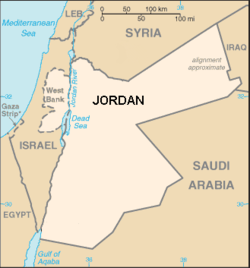