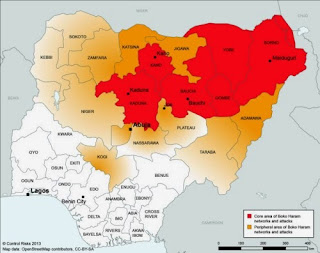 Five Boko Haram fighters have been killed in combat in northern Iraq, according to Kurdish sources. Few details are available, but they died in a military action in the Mosul area, and were sent to train with ISIS/ISIL. This event confirms earlier reports that there is organized cooperation between Nigeria's Boko Haram, and the Syrian terrorist group known as ISIS.

Readers that were wondering how these troops were able to get from Nigeria to the Middle Eastern battlefield, note that there are flights from two cities in Nigeria to Turkey, and Turkish intelligences services have been accused of working with ISIS, and other opposition forces in Syria. This includes supplying arms, and some weapons shipments have already been seized in Turkey, near the border with Syria.

Cooperation between Boko Haram and ISIS could pose a serious problem for Nigeria, as well as those West African countries that border it, for if ISIS delivers financial support, training of fighters, delivery of arms and ammunition, and other material support, Boko Haram could not only pose a greater threat to the Government of Nigeria, it could further expand outside the country's borders, affecting Niger, Chad and Cameroon. Efforts by the new president of Nigeria to eradicate BH may be impossible. 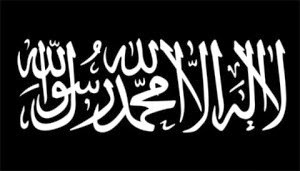 Do not discount these seemingly isolated battle deaths, for it indicates that ISIS is working closely with BH, whose fighters have conducted effective operations against soft targets, but do not yet function as a cohesive, trained military force. This could change, with ISIS training, tutoring and mentoring.

How will ISIS move funds from the Middle East to Nigeria ? Lebanese businessmen, affiliated with Hezbollah, are know to have major operations in Nigeria's cities, and have had contact with BH. Compliance officers should be alert for unusual, and not previously seen, funds transfers, from the Beirut banking center to Nigeria. Illicit weapons shipments have been confiscated in Nigeria, and Lebanese-flagged vessels could be delivering arms & ammunition. Any international payments involving large maritime shipments of goods, from Lebanon to Nigeria, where none have been seen before, should be explored, and SARs filed where appropriate.

Whenever terrorist organizations cooperate, it is not good news, especially for international banks, who could be, unwittingly, providing financial support for terrorism, and thereby further destabilizing countries in West Africa.
Posted by Kenneth Rijock at Saturday, May 16, 2015