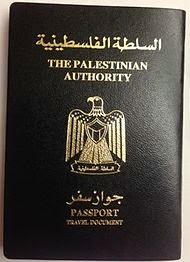 The arrest of a Palestinian university student from the West Bank, on charges that he received Hamas military training while studying in Malaysia, has received a substantial amount of media attention, due to the fact that this information was made public in Israeli court documents, but that case also brought up something extremely important to compliance officers.

The coverage of that case included the fact, disclosed by an Israeli domestic security agency, that Hamas is tasking Palestinian university students, studying abroad, with international money movement and terrorist financing responsibilities. Given that these students are from the West Bank, their Hamas affiliation will not be obvious to bank compliance officers. A check of their places of birth will confirm that they were not born in Gaza, and most bankers will not be aware of the terrorist financing dangers that they present. Bankers in the EU, and in Asia should pay particular attention to this threat.

If you have never seen a Palestinian Authority passport, an image of one appears at the beginning of this article. Since Palestine is not a state, it serves only as personal identification, as a travel document, not proof of nationality. Though Jordan annexed the West Bank, and it was a part of Jordan between 1948 and 1967, the university students you should be looking at will be too young to possess Jordanian passports, but should you see one, check the place of birth. If it is in present-day Israel, or the Palestinian Territories, adjust your CIP to enhanced due diligence, to rule out any Hamas money movement.

Given that there are five known financial institutions in Malaysia that are known to be owned or controlled by Iran, funds transfers from that country, or financial instruments of any type, in the possession of Palestinians in their twenties, raises the presumption that Hamas is involved; watch for it.