The Galilee Forces, identified as the new "military wing" of the Syrian-based Palestine Reform Youth Movement, is reportedly engaged in combat, in Syria, with Hezbollah, against Opposition elements. The organization's declared aim is to take on Israel's military in the Northern Galilee, after the Syrian civil war is concluded, though even Hezbollah openly fears that the conflict is destined to continue for the foreseeable future. Its leader is said to be named Fadi Al-Mallah a/k/a Abu Al-Fidaa.

The Galilee Forces, known in Arabic as Quwat Al-Jalil, has also gone by the title Galilee Brigade, or Liwa Al-Lalil. Considering that it is working closely with Hezbollah, an SDGT, and possibly the Government of Syria, also sanctioned, bankers should familiarize themselves with the two Arabic names, appearing above, associated with the Galilee Forces. 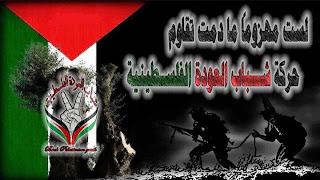