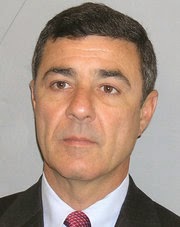 Frank DiPascali, who has been described as master Ponzi schemer, Bernard Madoff's, unofficial chief financial officer, and who was his closest aide for decades, has passed away, reportedly from stage four lung cancer, at the age of 58. DiPascali was the primary government witness at five of the trials of Madoff associates, and he is believed to have rendered significant cooperation in a total of fifteen cases.

The Court, which had allowed him bail back in 2010, had postponed his sentencing until September; Obviously, he was terminally ill, and the delay allowed him to avoid spending his final days in a Federal Prison, where he faced a long term of incarceration for securities fraud, tax evasion, and perjury, among other charges, filed in 2009.

Some observers have questioned what they deemed was extremely favorable treatment extended to him, including the retention of a portion of the money that he received at the Ponzi scheme, but the vast majority of his assets were seized. Others have wondered whether justice was better served placing him in custody over the last five years, rather than allowing him his freedom, due to his major role, as Madoff's primary assistant, but his cooperation, and testimony, was obviously key to securing convictions of the so-called "Madoff Five," all of whom went to trial.

The Government will now dismiss all the charges pending against him, meaning that he will have no conviction on his record. I will let you decide whether that serves the ends of justice.
Posted by Kenneth Rijock at Monday, May 11, 2015