WILL VIKTOR BOUT EVER PLAY HIS TRUMP CARD ? 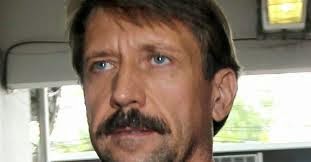 After the Second Circuit affirmed his conviction, Viktor Bout curiously failed to timely take a petition for a Writ of Certiorari to the United States Supreme Court, though his Russian attorney vigorously indicated that he intended to. He also failed to file a §2255 petition, to contest his conviction; thus, he has run out of the post-conviction legal options available to a defendant in the Federal Court system. What now ?

His Moscow attorney keeps teasing local media with statements about his grand plans to set aside his conviction, but there has been no filing in any Federal Court, which is a complete mystery to me, for reliable sources who have worked with him insist that he has information and evidence about a long-term relationship between Bout, his partner, Richard Chichakli,  and agencies of the United States Government that could embarrass them, and the Department of Justice.

Chichakli hinted at this information, in a recent filing he made, in his own Federal criminal case, where he is seeking a new trial. He alleged that his trial judge failed to allow him to present such information at his trial. It is conceivable that he is asking for a new trial, so that he can showcase his and Bout's extensive work history, on behalf of the United States, some of which occurred after both of the defendants were sanctioned by OFAC.

Is this the proverbial smoking gun, an incident that they both participated in, which could seriously damage America's relationship with an important ally, a neutral country, or an ongoing operation ? We cannot say, but if Mr. Bout has something important to tell, will he disclose it on the record ?
Posted by Kenneth Rijock at Wednesday, June 04, 2014