Truth is sometimes stranger than fiction.The Government of Venezuela, fearing a reduction in its creditworthiness ratings, by the firms engaged in the assessment of such, has actually redeemed Venezuelan bonds that it knows to be counterfeit. Remember, if the credit rating of sovereign Venezuelan debt crashes, then future fundraising efforts, by a desperate cash-poor government could be in danger. No wonder they are now accepting a number of clearly bogus bonds being presented for payment.

It has also cashed in duplicate copies of the original bonds; here's why. When the original was issued, corrupt government functionaries had duplicates made, and distributed them to businessmen with whom they had an understanding ( i.e. payment of bribes and kickbacks). The level of corruption is currently off the charts; Venezuela recently gave a shell corporation, with neither a track record, nor any assets, a $2bn bond ! No wonder reputable financial service companies worldwide are declining to handle these instruments. 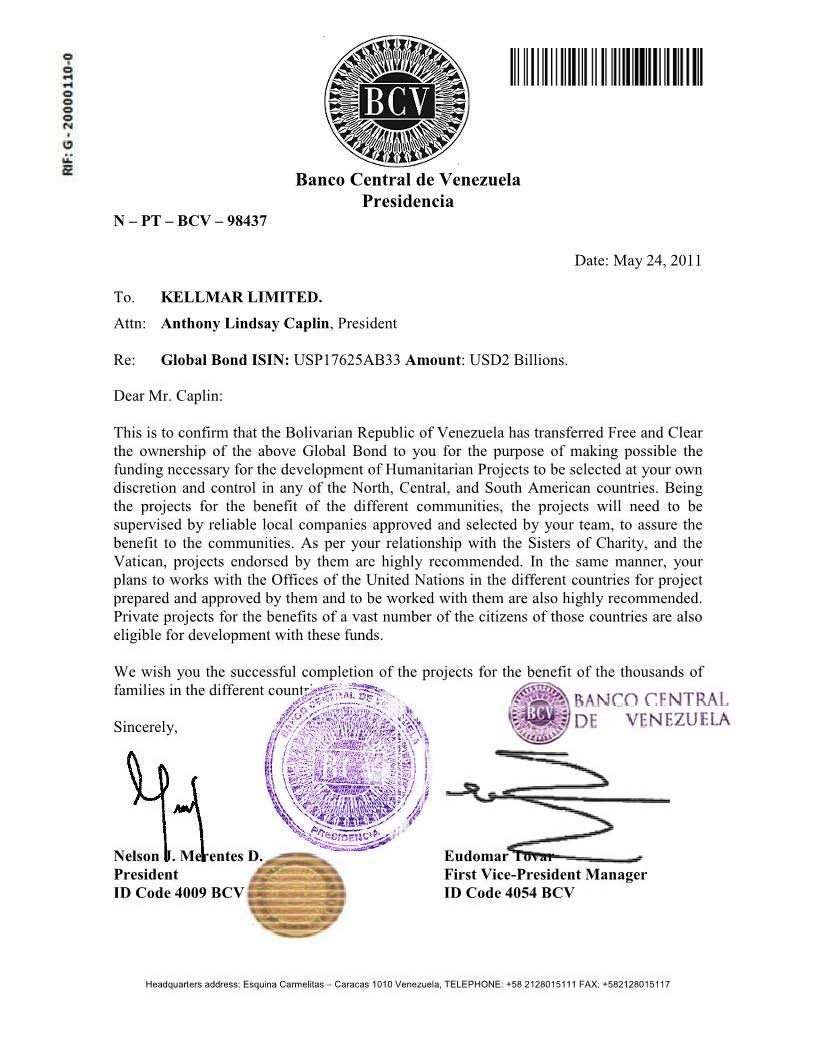 Corrupt government officers are also approving even obvious counterfeits, in exchange for hefty bribes, but what if your contact there is terminated before you can get to Caracas, and you lose $1m ? Even financial criminals should be concerned.

Here's the most dangerous aspect of this financial circus; legitimate investors may be persuaded to purchase bogus Venezuelan bonds, after seeing that the sellers have been able to redeem similar indebtedness at will. What will happen, after the current regime falls from power, and the next Venezuelan government declines to touch the bogus instruments. The legitimate investor loses everything. 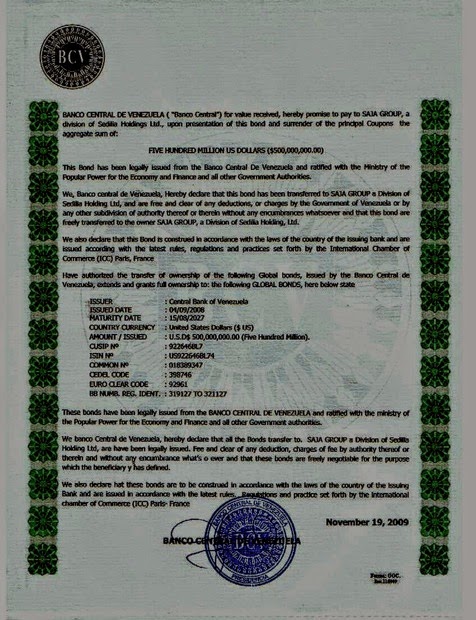 The bottom line: trust NO Venezuelan paper at this time; I do not care if it appears to be issued by the Banco Central de Venezuela itself. The signatures will not match the authentic bonds, if any are still out there; there may be typos, or grammatical errors that would never have survived a legal editor; the issuer did not have authority to incur debt. Many, many defects, on the face of the document, give away the fakes, but the duplicate originals, which are not valid, are not to be purchased. Avoid all Venezuelan debt, if you value your investment capital.
Posted by Kenneth Rijock at Thursday, June 05, 2014