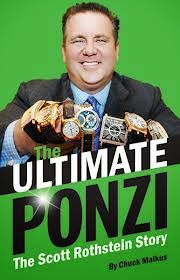 Here's another reason why bankers must, for their own protection, be able to identify a potential Ponzi scheme early one: Insurance companies will assert that you were a part of the scam, and decline coverage for your losses.

In a case now pending in US District Court in Florida, a hedge fund that participated in Scott Rothstein's bogus investment scheme, which was actually a billion-dollar Ponzi scheme, sought to recover its losses from its insuror. The company denied coverage, alleging that the hedge fund had cut corner when it came to actually verifying the existence of the out-of-court settlements that were the basis for the investments, as well as failing to confirm funds allegedly on deposit in trust accounts.

What obviously happened here was that the hedge fund, earning obscenely high "returns" routinely signed off on the due diligence that it was required to perform, without doing it. Now the insuror is using the hedge fund's negligence to deny payment. Translate that to a bank-customer situation, and understand that a client relationship officer, elated with high cash flow from a client, will take shortcuts when it comes to compliance. When the Ponzi scheme implodes, the bank could be left with a huge loss. All bank officers should receive extensive training in the red flags of Ponzi scheme activity.
Posted by Kenneth Rijock at Wednesday, June 18, 2014