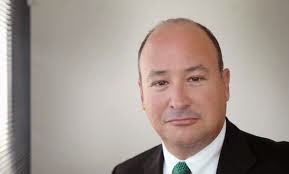 The attorney for Russell Adler, the law partner of convicted billion-dollar Ponzi schemer, Scott Rothstein, has asked for probation and/or home confinement (house arrest) for his client, who entered a guilty plea to Federal Election Campaign Law violations, in US District Court in Fort Lauderdale*. Attorney Adler fronted for a significant amount of illegal contributions, to both US Presidential, and Florida Gubernatorial, campaigns.

The defendant is seeking to avoid a sentence that includes prison time, though his guidelines range is 30-37 months**, which does not qualify him for either home confinement, or probation, or a combination thereof, thought the guidelines are no longer mandatory for a sentencing judge. He is basing his argument on these points:

(1) That his crimes constituted aberrant behaviour, in an otherwise completely law-abiding life.

(2) That he has a severe medical condition, namely diabetes.

(3) That, if not confined in prison, he can make restitution payments to the victims of the Ponzi scheme.

(4) That he pled guilty to a non-violent crime, and that he is not a danger to the community.


Will he be successful in avoiding any prison time ? We cannot say, but consider these issues:

(A) This was a $1.2bn Ponzi scheme, and the principal actor received a 50-year sentence.

(B) Attorneys, as professionals in whom the system places a great deal of trust, are held to a higher standard of care than other defendants.

(C) The Court has sentenced a number of minor participants in this Ponzi scheme to prison terms, including attorneys, and even sent them directly to be incarcerated, after sentencing, without giving them time to get their affairs in order. This demonstrates  that the Court is exercising a firm hand, and seeking to deter others who might be tempted.

(D) The defendant sought to game the political system, for his partner, through campaign contributions, which may have prolonged the Ponzi.

(E) The defendant enjoyed an extremely affluent standard of living as the direct result of the Ponzi scheme.