IF BNP PARIBAS IS FOLLOWING EU AML REGULATIONS, WHAT ABOUT THE BANK'S LINKS TO CORRUPT NIGERIAN PEPS TRADING IN OIL ? 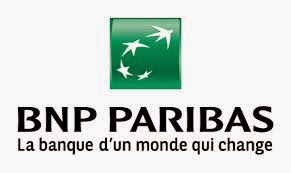 Much has been made in the French press this week, about how the US is unfairly targeting BNP Paribas, for its sanctions evasions activity regarding Iran, Sudan, and other jurisdictions. French officials, and commentators have asserted that BNP adheres to all EU regulations and policies regarding AML/CFT, and that the American demand for a $10-18m civil penalty is unfair and excessive.

If BNP is totally clean in the EU, then why are there links between the bank, and individuals known to be corrupt Nigerian PEPs, both inside the Nigerian Government, and in the oil trading companies that vend the country's petroleum ?

(1) Non-transparent shell companies, some formed in tax haven countries, and without any visible legitimate oil business, have been receiving payments made out of oil profits. How many of these companies have accounts at BNP ?

(2) Known former BNP officers and staff are directly involved in this sordid business. Their identities are public knowledge. Are they using BNP accounts to conduct their business ?

(3)A certain BNP officer has acquired a reputation as the "go-to" person for any significant oil trading monetary transaction. what is her relationship to both the traders, and several prominent Nigerian PEPs ?

(4) Oil has been deliberately sold at below-market prices, through traders with a favored relationship to Nigerian government officials. Where do those obscene profits ultimately end up ?

What is the extent of the bank's account relationship with a number of Nigerian government officials, their family members, and their corporate entities. Perhaps the US Department of Justice would want to look into this matter, before reducing the civil penalty it ultimately levies upon BNP Paribas.
Posted by Kenneth Rijock at Friday, June 06, 2014