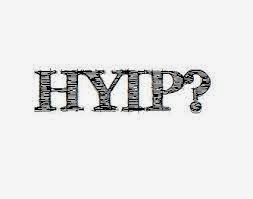 If you have not been following the case of Alaska plastic surgeon Michael Brandner, who has been charged with tax evasion and wire fraud, when he allegedly sought to hide $4m in his pending divorce case, it is an abject lesson in what not to do when evading the taxes you lawfully owe. You may not consider it to be of sufficient topical interest in the world of international financial crime, but it is the back-story that is relevant.

The defendant obtained $3m in cashier's checks, during a trip to the lower 48, and literally drove his automobile all the way to the Republic of Panama, where he deposited the funds into a corporate bank account at Capital Bank of Panama. He allegedly used the services and advice of a disbarred American attorney in his quest to hie his wealth from his soon to be ex-wife.  His trial is set for July, but the interesting part of the story is neither public knowledge, nor in the court file.

The good doctor's flight capital was deposited in what was marketed to him as a high-yield investment program (HYIP), which most of my readers know is generally a cover for fraud, or worse. Dr. Brandner apparently followed the advice of an financial advisor, not licensed in Panama, who sold him as bill of goods, the HYIP. When the doctor sought to recover his investment, the advisor, who did not have his money, informed on him to the Internal Revenue Service. He is not named anywhere in the court records, but reliable sources list him as GL; I have written about him previously in this blog, and I leave it to my readers to identify him.

Both the FBI, and the IRS, have posted extensive information about high-yield investment programs as scams on the Internet, but that segment of the investing public looking to evade taxes, still is lured in by the promised high returns, and thereafter usually loses their entire principal. HYIP is, and always will be, a fraud. if such high returns were real, the financial world would be so heavily invested, that such programs would always be oversubscribed. They do not exist; remember that, and even a passing reference to HYIP, in any program, is a giant red flag.
Posted by Kenneth Rijock at Sunday, June 01, 2014