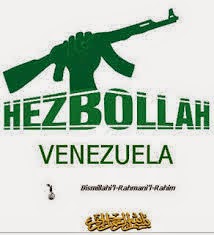 If you are following the progress, through Congress, of the Hezbollah International Financing Prevention Act of 2014*, you know that it has sufficient traction for swift passage. The bill, which details the sordid activities of the Specially Designated Global Terrorist organization, from the bombing of the US Marine barracks in Lebanon, to its military support for the dictatorial Syrian regime, has real teeth, and could prove fatal for those Venezuelan financial institutions that have been assisting it in terrorist financing.

The proposed law gives the US Secretary of the Treasury the power to prohibit the maintenance of correspondent, or payable-through, accounts, in the United States, if the offending institution:

"(A) Knowingly facilitates the activities of Hezbollah, including its agents, instrumentalities, affiliates, or successors.;"

"(B) Knowingly facilitates the activities of a person acting on behalf of, or at the direction of, a person described in subparagraph (A);"

"(C) Knowingly engages in money laundering to carry out an activity described in subparagraph (A) or (B);"

"(D) Knowingly facilitates a significant transaction or transactions that provide significant financial services, to carry out an activity described in (A), (B) or (C)..."

Considering that a number of Venezuelan banks, both in Caracas, and in their overseas activities, notably in Panama, have been engaged in providing material assistance to Hezbollah, in the repatriation of drug profits back to its Middle East headquarters, this new law will give Treasury the discretionary ability to shut out those banks from the American financial system. Such a move would, in essence, be fatal to their operations, as their clients would, en masse, flee the banks for those who could still maintain correspondent relationships with US banks.

Therefore, in an overabundance of caution, compliance officers at American banks, and NBFIs, that have any financial exposure, outstanding indebtedness,  extension of major credit, or investments in Venezuela, should review their potential exposure, with an eye to reducing it, for risk management purposes. One can only imagine the consequences, should one of your Venezuelan correspondents be so designated, given ongoing transactions, funds outstanding, and pending international transactions. 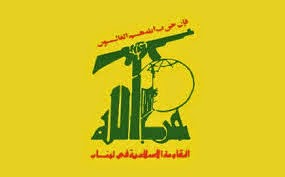