Cleaning up their clients' negative information, be they articles about their arrests, reports of fraudulent conduct, judgments, victim complaints, or regulatory fines & penalties, is but one dirty job that reputation damage firms perform; they also create lies about their customers' adversaries on the Internet. This is done by swapping out the identity of individuals who actually are guilty of negative acts, and inserting the names of their customer's enemies, into each website.

The end result is striking; you read, in a wide variety of legitimate newspaper articles, some really disgusting and incriminating news about someone. The truth is, he never committed any of those crimes, but his name appears in the copy. Sometimes, if you read on, you find that the correct name of the offender later appears, but in some cases, the disinformation is  complete.

I saw this technique when I wrote about the case of Michael Burnbaum*, the convicted former Miami lawyer who attempted to later practice criminal law in New York and New Jersey, and was subsequently disbarred in the State of Massachusetts, for failing to inform it of his cocaine trafficking record. He must have crossed someone in a big way, because pages of articles, showing Mr. Burnbaum as the defendant in a large number of criminal cases, which were not his, appeared on the web.

The use of such techniques obviously constitutes libel, but for compliance officers performing KYC, it presents a serious problem. What if your prospective bank customer denies that any of the material you found is true ? What will you do ? Do you have the time to search out the true identity of the guilty parties, or will you decline the customer, and lose his potential business, and risk the information later coming out, to your dismay ?

I suggest that, if you have the resources, that you delegate such a claim to someone competent to investigate, and judge, whether the information was deliberately placed to malign the customer, or whether it is true. You may want to outsource this problem, or use my suggested alternative methods of KYC.** 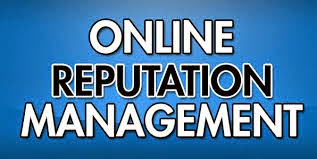