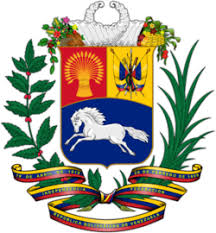 Each sovereign nation has the absolute right to conduct its foreign affairs as it sees fit, but when domestic financial motives cause countries to support money laundering dictatorships, compliance officers at international banks in North America and the European Union stand up and pay attention. This means, in plain English, considering whether an increase in Country Risk is appropriate, and applying increased scrutiny to large transactions possibly originating in a sanctioned jurisdiction.

The political support given by certain East Caribbean states, especially Antigua & Barbuda and Dominica, to the Bolivarian Republic of Venezuela, including during its issues with the OAS, has not gone unnoticed by the global compliance community. Venezuela, with its issues of rampant money laundering and terrorist financing, is considered a pariah by the United States, as reflected in OFAC sanctions, and in other official American actions.

When left of center governmenrt leaders in the East Caribbean, who are receiving financial compensation from Venezuela, directlty or indirectly, express their political solidarity with that country, with its disastrous human rights record, its status as a drug smuggling transit point, and its love affair with sanctioned Middle Eastern terrorist organizations, it is duly noted by compliance officers, who correctly fear the misuse of the financial facilities ( read that as locally-organized offshore banks) by Venezuela, to move dirty money, or mask criminal activities, in support of Iran, or other rogue states.

When East Caribbean leaders blow kisses at Venezuelan President Niciolas Maduro, the effect is felt at international banks, whose risk-based compliance programs then recognize an increased threat. if you were wondering if it even affects De-Risking, I think you now have your answer. Western banks do not have an appetite for risk for the financial institutions from Caribbean countries whose prime ministers openly court realtionships with high-risk dictatorships.
Posted by Kenneth Rijock at Saturday, June 30, 2018