Yesterday, after Antiguans learned that Canada has granted visa-free entry to the citizens of the United Arab Emirates (UAE), they vented their anger and frustration on local radio. In June 27, 2017, Canada revoked visa-free admission for nationals of Antigua & Barbuda, and notwithstanding repeated diplomatic efforts to lift the visa requirement, Canada has failed to do so.

The granting of visa-free privileges to the UAE further agitated Antiguans, for it has reminded them that their country's CBI passport program has been therefore deemed high-risk by Canada, noting that each individual with any type of passport be thoroughly screened, which requires that they be vetted, which most experts know can only be accomplished through a visa program.

Although the official 2017 announcement, made by Immigratation, Refugees and Citizenship Canada, did not speficy the grounds for the visa action, the obvious case was the widespread conclusion that the Antigua Citizenship by Investment (CBI) program had failed to properly and adequately conduct Enhanced Due Diligence upon its applicants, with the result being that unsuitable, and even dangerous, criminal elements had obtained CBI passports, which they then used for illicit purposes.

Antiguans were reminded of the continued deficiencies in their CBI  program this week, wheh they saw the UAE granted privileges that they previously enjoyed. Some observers claim that applications for Antigua's CBI program have declined as mich as 95%, after Canada announced its decision.

The Law of Unintended Consequences, whereby actions originally deemed favorable spawn negative results not previously contemplated, applies here. Antigua's lawmakers should have been advised, by their legal counsel, that the failure to create, and maintain, a robust Enhanced Due Diligence program on all applications, could make Antigua an international pariah, for the purposes of Anti-money Laundering compliance and visa-free international entry purposes.

Legal counsel at the time the CBI program was created was, according to reliable Antiguan sources, Anthony Astaphan. Why did he not warn the government of the possibility that there would be major international problems if Antigua improperly passed out passports ? We cannot say, but perhaps Antiguans might want to ask the Senior Counsel that question.

Unless an effective program of Enhanced Due Diligence is implemented, to properly approve all CBI applicants, and a historical look-back performed, to weed out all unsatisfactory existing passport holders, Antigua may have to wait a very long time for visa-free travel to Canada. 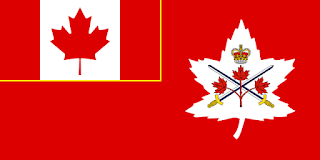