ST. KITTS SENDS IT BEST TO CANADA, TO CONVINCE IT TO OPEN ITS DOORS TO CBI PURCHASERS 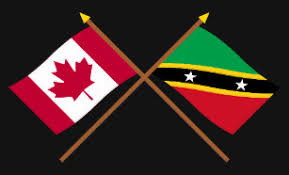 St. Kitts & Nevis recently sent an official contingent to the capital of Canada, in a full court diplomatic press, intent on convincing senior leaders to again allow visa-free entry of its passport holders to Canada. The Kittitian diplomats who met with government officials, which included its Minister of Foreign Affairs, and the SKN High Comissioner to Canada, have long been seeking to abolish the Canadian visa requirement, without success, and sought to use family ties, and trade and investment connections, to pursuade Canada's officials to bend to their will. It appears that they failed.

The personal meetings, which included House of Commons leaders,  and Canada's Minister of Immigration, Refugees and Citizenship, had a serious business goal. St. Kitts' Citizenship by Investment, or CBI, program, allows its passport holders visa-free admission to all Commonwealth of Nations jurisdictions, unless otherwise restricted, which Canada does. Of all the visa-free countries CBI passport holders wish to have access to, Canada is at the top of the list. Unless Canada revokes it visa requirement, the SKN CBI passport is not as valuable as those of competing East Caribbean States with CBI programs. This means fewer lucrative CBI sales, hence the personal visit to Ottawa.

Unfortunately, since the St; Kitts CBI program has still not upgraded its CBI applicant vetting procedures, to the level of Enhanced Due Diligence, both Canada and the United States will contiue to regard the holders of SKN passports as high-risk, punishing legitimate native-born Kittitians, as they troll for dodgy CBI passport holders. Someone should tell that to the SKN Minister of Foreign Affairs.