A FOUR MONTH SENTENCE FOR LAUNDERING $100m ? GET OUTTA TOWN ! 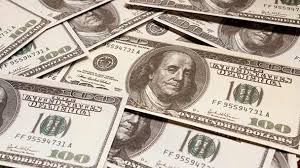 A father and son team, who laundered one hundred million dollars, coming to them from Venezuela, into and through the United States, were sentenced in US District Court in New York to only eight and four months' imprisonment, in a case which will definitely not serve as a deterrent to others tempted to engage in criminal activity. The defendants, Luis Diaz jr., and Luis Javier Diaz, who will also be subject to two years of Superviased Release, face substantial forfeiture proceedings, but no more prison time, although the US Probation Office suggested a five year sentence, and the US Sentencing Guidelines computation was 13 years or more.

The defendants used their Miami-based company, Miami Equipment & Export VO., to transfer funds from Venezuela, for a fee, as an unlicensed money transmitter, using fake invoices, which recited that they were for "consulting services," and deducting fees for those illicit services. Much of the wired funds went to a British Virgin Islands corporation controlled by their Venezuelan clients.

How can sentences of only a few months operate as a deterrent to others ? What is a fair sentence for money laundering large amounts of money ? We cannot point to a specific sentence that is sufficient to act as a deterrent to others, to promote respect for the law, and to establish accountability, but what we see here is definitely insufficient. Indeed, it might just be regarded as such a small slap on the wrist, as to encourage others to become money launderers.