Our recent article, identifying deportation as the appropriate legal remedy for individuals in Antigua who commit crimes, and are non-nationals, such as the disgraced Asot Michael, is based upon the official policy statements made last year by the country's Prime Minister, Gaston Browne. Will Antigua follow its own law ?

On October 10, 2017, in an article appearing in the Antigua Observer, entitled "PM Says Deportation for Non-National Criminals," Browne was extensively quoted, regarding the Government's position on the issue. It is to declare the non-national criminal as Persona non Grata, meaning unacceptable and unwelcome, and subject to immediate deportation. 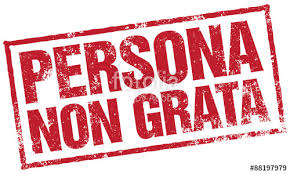 This is the PMs most relevant statement, taken verbatim from that article:

" The fact we just deported one of them yesterday, and we have in custody four individuals
who we are making persona non grata ...     what we are sending to this population is a
strong signal that this government has no tolerance for crime..."

Therefore, as it is the expressed national policy of Antigua & Barbuda to deport those who commit crimes, as the lawful remedy, unless the Asot Michael scandal is either dealt with through the filing of criminal charges, or speedy deportation, then lawyers in North America, and in the European Union will continue to regard Antigua as a high-risk jurisdiction that does not follow the Rule of Law, and recommend against any foreign investment there, whether in the traditional mode, or through the Citizenship by Investment Program.