Inasmuch as reliable sources in the United Kingdom report that criminal charges for bribery against Asot Michael will be filed shortly, certain powerful politicians in Antigua face a dilemma; how to avoid extraditing Michael to the UK, without seriously damaging diplomatic relations with the Crown. While Antigua has easily prevented the extradition of its former financial regulator, Leroy King, to the US in the Allan Stanford billion dollar Ponzi scheme, the influence of the British Government in its former colonial possessions cannot be underestimated, and it could take action with long-term effects, like the termination of visa-free privileges for Antiguan nationals.

Michael, who is known to have been a "fixer" for both the Bird and Browne governments, could decide to cooperate with the authorities, in exchange for a reduced sentence in Britain, and disclose information damaging to powerful Antiguan politicians, both past & present.


The solution is to deport him, as Michael was not born in Antigua & Barbuda, but in Guadeloupe, the French Antilles. That way, they will not be taking heat from Britain, from refusing extradition, nor fearing exposure of the massive amount of official corruption that Michael can testify to, if he sits in the dock in a British court.

Antigua has an image problem of late, due to the international perception that official corruption is rampant, mainly due to the failure of the ruling Antigua & Barbuda Labour Party (ABLP) to rein in its leadership. Several local American corporations have left in recent years, and now the call center contracted to serve Amazon is closing, allegedly due to the negative publicity about Antigua. More than 300 Antiguans are losing their jobs at the call center.

The Asot Michael scandal is only making a bad situation worse; send him home to Guadeloupe, unless you want to risk either the ire of the UK Government, or the exposure of a massive amount of bribes and kickbacks. 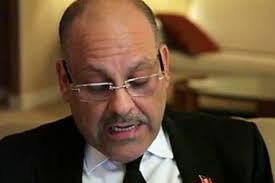