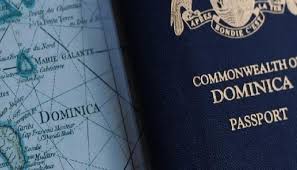 When a compliance officer examines a passport presented by an individual seeking to initiate a relationship with his bank, should the prospective customer's country be one of those engaged in the sale of economic citizenships, through a Citizenship by Investment program, also known as CBI or CIP, he knows to immediatelty examine the place of birth of the passport holder. Should the birthplace be outside the country where he claims citizenship, compliance knows to initiate enhanced due diligence, for absent the remote possibilitty that the holder is a naturalized citizen, the odds are that he is holding a CBI passport, which substantially increases the level of risk in accepting the individual as a customer.

Now, however, we have learned that corrupt officials in the Commonwealth of Dominica are selling not only CBI passports, but birth certificates that falsely attest that the holder was actually born in Dominica. This tactic means that compliance officers can no longer be assured that they are dealing with a genuine Dominica national, making the birthplace inquiry moot. CBI passport purchasers are also getting drivers' licenses, and other secondary identification, to back up their spurious birth certificate and passport; Do not accept this fraud.

As the result, we must, regretfully, advise that, hereafter ALL individuals who present passports from the Commonwealth of Dominica must be subject to enhanced due diligence procedures, prior to account opening, with no exceptions. If this proves to be too costly, or too time-consuming, you are advised to blacklist all nationals from that country, and decline to open new accounts for any Dominica national, as the risk is simply too great that you will be banking a career criminal, corrupt foreign government official or PEP, or terrorist financier.
Posted by Kenneth Rijock at Wednesday, June 06, 2018