ANTIGUA'S RESPONSE TO CANADA'S ANNOUNCEMENT IS A DISAPPOINTMENT 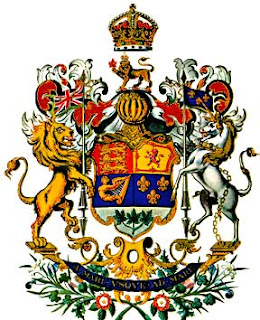 The official response to yesterday's Canadian announcement, that a personal interview in Trinidad, and detailed information, will be necessary if Antiguans want to secure a visa for Canada, is a big disappointment, though not totally unexpected. Instead of reform of its CBI program, to include an upgrade to Enhanced Due Diligence, and a historic look-back at all existing CBI passport holders, Antigua will attempt to twist Canada's arm, to modify or weaken its announced policies.

The Antiguan High Commissioner to Canada, Ronald Sanders, has informed local Antigua media that he intends to travel to Ottawa next week, to talk to senior government officials there, with the goal of having them delete the personal visit requirement from the new visa process. His position has been that the Government of Antigua opposes the personal interview on economic reasons; that the expense of travel to Trinidad is an excessive and unnecessary requirement; This is not an apprpriate response to what is being considered a national emergency. Fix the problem, mister ambassador, don't shed tears over it.

Unfortunately, nowhere in yesterday's news is there any indication that Antigua will reform its dysfinctional CBI program, by elevating investigation of its applicants to the Enhanced Due Diligence level, nor by rechecking all the prior passport holders. Last year, when the Prime Minister of Canada announced that visas would thereafter be required of Antiguan nationals, he specifically noted that this reason was the country's ineffective screening of its CBI applicants. Apparently, Antigua did not take his advice to heart, and the government's failure to act has spawned consequences that affect all Antiguans seeking to travel abroad.

Will other countries now institute these strict visa application requirements, in jurisdictions where Antigua presently enjoys visa-free entry ? If so, the country's much-advertised CBI advantages could take a serious hit, and global CBI consultants may advise their clients to steer clear of any serious consideration of the country for application. We have not yet heard calls from the people to terminate the CBI program in Antigua, but the true impact of Canada's announcement has not yet been felt. When it does affect the acverage Antiguan, he will demand reform of the program, or its closure.
Posted by Kenneth Rijock at Wednesday, June 27, 2018