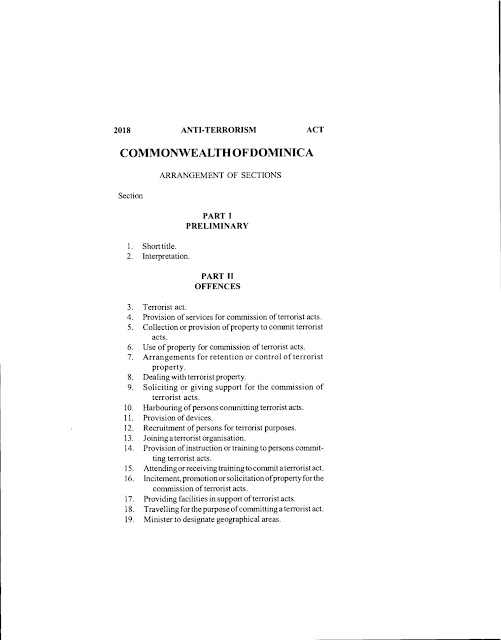 The House of Assembly,  Dominica's Parliament, is set to consider on June 25 an Anti-Terrorism Law that will effectively eliminate all politial dissent or opposition to the administration presently in power, by improperly classifying all types of opposition, including peaceful protest, as a terrorist act. The overly broad definition, as contained in the proposed law, will prevent Dominicans from exercising their Constitutional right to dissent and protest, against a corrupt, incompetent government.

Unilke anti-terrorism laws in other countries, the proposed Act does not contain any provision excluding acceptable forms of peaceful protest asnd dissent from the definition of a terrorist act.The impact of this legislation, if it becomes law, is to allow the govenment to charge dissenters and protesters, even if peaceful, as terrorists, and impose a prison sentence upon them, of up to twenty-five years. Dissent is being criminalized, under the guise of fighting terrorism. 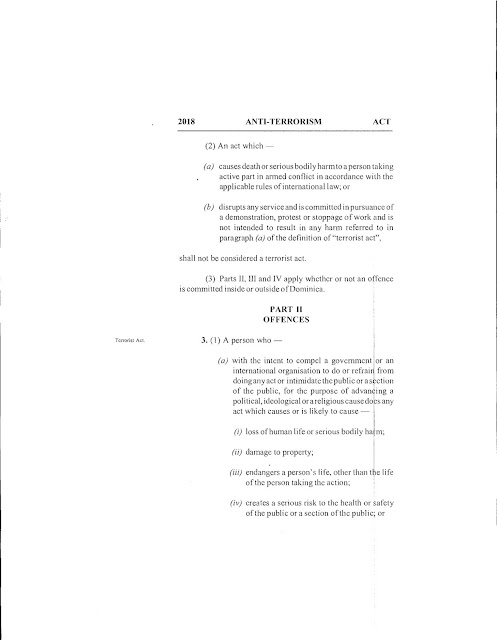 The net effect of this new law will be to eliminate the Opposition, in all forms, and to turn Dominica permanently into a one-party state, as all dissent will be classified as a criminal terrorist act, and suppressed. 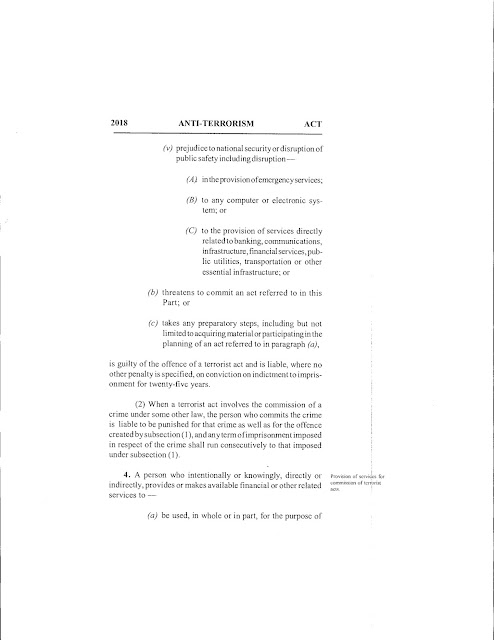