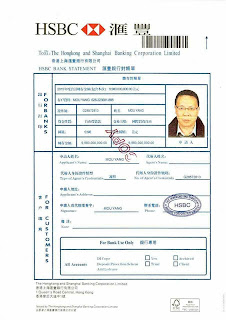 I recently published, as exhibits to my article on the widespread use by Asian organized crime syndicates, counterfeit and altered HSBC bank documents, used to commit massive bank fraud in the region, especially in South Korea. The criminal element uses the bogus document to falsely claim assets, which to uses as references to take out loans, which are, of course, never repaid. The HSBC documents, of which there are hundreds, are reportedly being used in the Republic of Korea, Taiwan, Hong Kong, and in the Peoples' Republic, to borrow money.

While I noticed that a number of HSBC bankers have accessed my article, there has not been one official inquiry, or requested  information. don't they want to know how I acquired al those bogus HSBC documents, including account statements, HSBC officer passports, negotiable paper, and other financial instruments ? Don't they want to know who the individual members of the Asian organized crime syndicates are ? 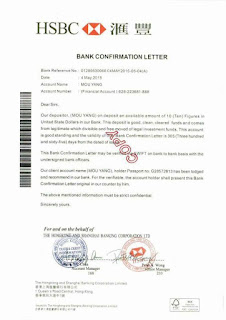 Perhaps they simply charge off the losses, and ignore the criminals fleecing the bank, in an effort to avoid the negative publicity, which can drive away customers who fear becoming victims. Whatever the reason, they are failing to interdict financial crime, which only makes it grow stronger. 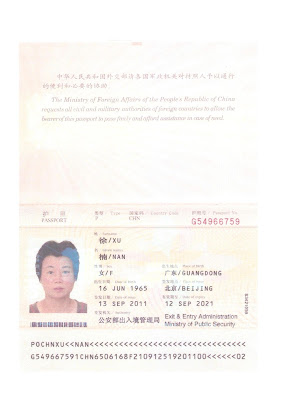