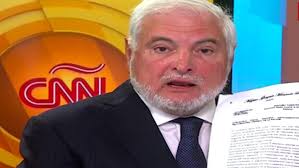 The President of the Republic of Panama, Juan Carlos Varela, has advised that his office has received a letter from the US State Department confirming that the agency has approved the extradition of the fugitive former Panamanian president, Ricardo Martinelli. Martinelli recently advised that he has dismissed his pending appeal of a Federal judge's order mandating extradition. He is presently in custody, in a Federal pretrial detention facility.

News media from Panama has indicated that government sources believe Martinelli will be swiftly extradited within the next few days. He faces charges of embezzlement of millions of dollars from government accounts, and operating an electronic surveilance program that illegally spied upon an extimated 150 Panamanians. Under existing extradition laws, he can only be tried for those two cases, although he also has approximately twenty other criminal cases pending against him.