UK GIVES MONEY LAUNDERERS A TWO AND A HALF YEAR GIFT 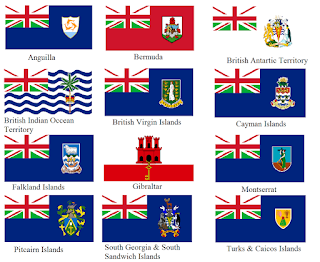 If you glossed over the effective date the UK House of Commons designated as the deadline for British Overseas Territories to implement public registers of corporate ownership, it is Decermber 31, 2020, which is two and a half years from now. What's wrong with this picture ?

Giving the world's money launderers thirty months to plans, and execute, the placement, layering and integration of the billions (perhaps trillions) of dollars in dirty capital that presently are owned by corporations anonymously organized in the British Overseas Territories, particularly the BVI, and the Cayman Islands, is a gift whose significance must have been completely overlooked by the drafters of the Amendment to the UK Sanctions and Anti-Money Laundering Bill.

We are aware that there were elements in UK Government who were staunchly opposed to the public register requirement, some for the reason that the financial world has not yet implemented such reforms, others fearing that the elimination of corporate secrecy will be the death knell of the Caribbean tax havens that are British Overseas Territories.

Nevertheless, the Panama Papers and the Paradise Papers caused a groundswell of public pressure for corporate transparency, and Parliament rightly has moved in that direction, notwithstanding substantial pushback from powerful segments of the financial services community.

Your mandate now is to be alert for substantial transfers of funds, coming from a low-risk jurisdiction, but in truth and in fact, having originally begun their journey from one of the soon-to-be transparent British Overseas Territories. Money launderers have all the time in the world to slowly, but efficiently, move that dirty money into European Union or North American investments, but, armed with the knowledge that it came from somewhere opaque should give compliance officers an edge in identifying the funds.