I see that one of the Astaphans, the one from St Kitts, has written an extensive commentary, seeking to discredit me, claiming that I am an instrument of the Dominican Opposition. I am afraid that the gentlemen knows nothing about me, and my 25 year career, including trips to testify before US Congress. battling money laundering, in its many forms. Perhaps he might like to read my autobiography, before accusing me of being a hired gun for certain Dominican politicians. Shoot the messenger appears to be the Modus Operandi for Caribbean lawyers unhappy with the truth.

I call it like I see it, and let me share my personal St Kitts CBI experience with him, and the readers.

The St Kitts CBI program; The year was 1984, when the newly-independent Federation of St. Christopher & Nevis, more commonly known as St Kitts, unveiled the first Citizenship by Investment program in the East Caribbean. Again, I was a regular visitor; my attorney was the late Honorable William Valentine Herbert, Jr., the Foreign Minister, UN, US & OAS Ambassadors,  Minister Plenipotentiary without Portfolio, and the founder of PAM, the Peoples' Action Movement.

Dr Herbert briefed me on the virtues of the Citizenship by Investment program, and the ability of SKN passport holders to enter the countries of the Commonwealth of Nations, visa free. I took that information to my clients, and soon enough, one of them came to my office, seeking to qualify and obtains a St Kitts passport.

The passport photographs of the applicants included two individuals whose last name was Ochoa, and who were regarded as Kingpins, by the US Department of Justice. That did not bother Mr. Herbert; Medellín Cartel ? No problem; just make the deposits into an escrow account, he advised. I followed his instructions to the letter.

Shortly thereafter, one of the individuals who was an applicant was arrested by the DEA; Dr. Herbert, when advised of this incident, said not to worry about the application, just obtain a certificate of good conduct from some local police department somewhere, and submit it.

What I am saying is that the fact that your name was Fabio Ochoa Vázquez was not a barrier to becoming an applicant for a St Kitts passport, according to the country's Foreign Minister. Had he not been assassinated, reportedly by the IRA, he would have eventually become the Prime Minister. He did speak for St Kitts. Fabio is now serving a 30-year sentence in an American prison. 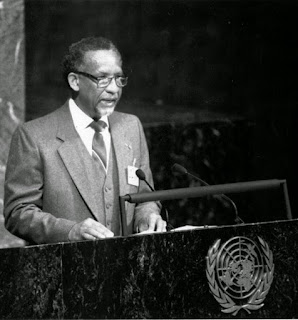 The two programs, St Kitts as well as Dominica, have never been free of corruption; the leaders of both countries should know better than to sell the souls of their nations for money; these programs, with their obscene cash flow, are too tempting for some government leaders to resist. It would be best if economic passports, and diplomatic passports for sale were all consigned to the dustbin of history. These programs facilitate not good citizenship, but evil.