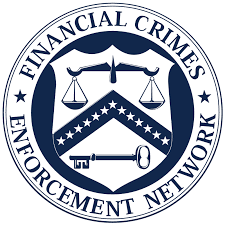 As it was about to expire this week, FinCEN  extended its Geographic Targeting Orders (GTO), which require title insurance companies in certain US counties, to report large cash residential real estate transactions. What was extraordinary about the FinCEN announcement, however, was the disclosure that  a significant portion of repeat buyers were already known, through SAR filings, but that they were still engage in what were, assuredly, illegal transactions, most likely money laundering of the proceeds of crime.

"FinCEN has found that about 30 percent of the transactions covered by the GTOs involve a beneficial owner or purchaser representative that is also the subject of a previous suspicious activity report." (February 23, 2017 press release)

Inasmuch as the GTOs indicate that the Department of the Treasury has treated cash purchases of high-end US real estate as a matter of primary money laundering concern, one might assume that all SARs filed, in similar transactions, are being investigated by Federal law enforcement agencies. If that is a reasonable assumption:

(1) Where are all the money laundering indictments ?
(2) Why are these targets, having been previously identified through SARS, still out there, buying real estate for cash ?

I have never been one who subscribes to the policy regarding long-term monitoring of targets, so that they can lead one up the chain of command, to the most senior players. Will someone please put these money launderers out of business, before they acquire even more expensive USA real estate, driving up prices for legitimate buyers, while they launder dirty money.
Posted by Kenneth Rijock at Saturday, February 25, 2017