HAVING WON CONFLICT OF INTEREST MOTION, REZA ZARRAB'S ATTORNEYS CAUTIOUSLY NOTIFY THE COURT THAT NEW FACTS ARE NOT A CONFLICT 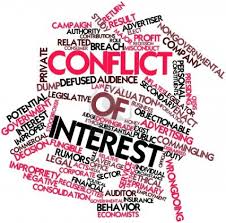 The order issued, in US vs. Reza Zarrab, which denied the Government's motion to remove some of the defense team, upon allegations of conflict of interest, also provided that both sides has an ongoing duty, to notify the Court should any new facts or circumstances arise, which might require the conflict of interest issue to be reopened. Pursuant to that order, an in an obvious overabundance of caution, defense counsel notified the Court, by letter, of a new event involving legal representation, involving a potential conflict, in an unrelated matter, but concluding that no new conflict existed.

Specifically, one of the firms involved in Zarrab's defense has been retained, as of February 2017, to represent 28 brokerage firms, who have been sued for work connected to underwriting debt offerings. A number of the firms are subsidiaries or affiliates of major financial institutions. The defense letter argues that these firms were not involved in international wire transfers, and related services, meaning that no work will be done by counsel, related to clearing of payments, and only by a subsidiary, not the banks who allegedly sustained losses due to Zarrab's actions which violated international sanctions.

Additionally, the letter argues that the sole issue in the representation is the Statute of Limitations in a  Securities Act case, and argues that there is no conflict, nor was any prior potential conflict of interest aggravated. A fair reading of the facts indicates that this is merely a preventive act, lest it not be reported, and the US Attorney's Office seize upon it as a new issue. It is doubtful that the Court will look upon it as a conflict.
Posted by Kenneth Rijock at Tuesday, February 28, 2017