Jurgen Mossack and Ramón Fonseca Mora have been detained by Panamanian authorities, for investigation of money laundering, as well as another lawyer at the law firm, and a judge has ordered pre-trial detention for all, to prevent their flight out of the country to avoid prosecution. Whether they are ultimately charged with criminal activities, however, remains an open question, given Panama's utterly corrupt judicial system; Many experienced Panama hands insist that neither attorney will ever face justice in a Panama City courtroom.

On another front, an independent commission has been set up, under orders to investigate Panamanian President Juan Carlos Varela, regarding allegations of corruption, in the expanding Odebrecht scandal. He is now believed to have accepted many millions of dollars, to approve major government contracts for the Brazilian construction giant. Dark rumors persist in Panama, to the effect that the country's former president, Ricardo Martinelli, disassociated himself from Martinelli, when Varela was his vice president, due to Varela's reputed grossly excessive corruption, and this speaks volumes, given Martinelli's own corruption allegations. 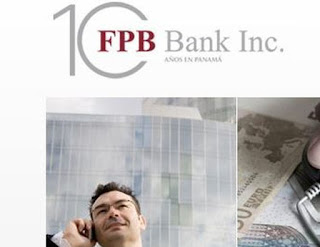 Finally, the Superintendency of Banking has taken over the Panama office of the Brazilian bank, FPB Bank, Inc., over allegations that the bank was involved in the Brazilian Lava Jato (Car Wash)* scandal, in which lucrative contracts for the government oil entity, Petrobras were obtained through bribery.