PANAMANIAN LAWYERS FEAR MULTIPLE CRIMINAL CHARGES WILL BE FILED AGAINST THEM 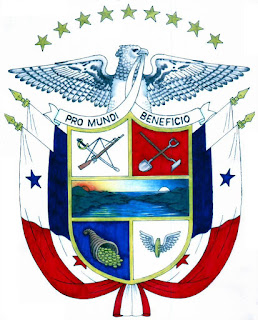 Two Panamanian immigration lawyers, Katherine Ulloa Castillo, and Mariaelena Jurado Dominguez, have expressed a well-founded fear that they will soon be charged with criminal Libel and Slander in the Republic of Panama, for their failure to submit any competent evidence in another criminal case, in which they claimed that they were slandered, due to false information submitted to media by the defendant,who will now probably be the complaining party against them in a new criminal case.

Ms. Ulloa and Ms. Jurado brought a criminal case against Ismael Gerli, alleging that he has libeled them, by making statements that he knew were untrue to media, resulting in the posting of Internet articles accusing them of unprofessional, unethical, and illegal acts and deeds, in their joint representation of a foreign national who was fighting extradition in a Panamanian court.

Though the prosecutor of the criminal case demanded that the attorneys, who were the complaining parties, introduce sufficient evidence to prove that there was a factual basis for the charges, the lawyers have failed to comply. The case will most likely be dismissed shortly; when that occurs, the defendant, Gerli will most likely immediately bring his own criminal charges, for slander, and for defamation of character, as the case against Gerli was reported in all the major Panama papers, as well as overseas, meaning that it will damage his professional reputation. The result could be a very large judgment for damages against the two lawyers.

Additionally, there are a reported five civil cases pending in Panama, against Gerli, where Ulloa and Jurado are attorneys of record, and they may be asked to resign, due to conflict of interest ethics rules. Last week, which was Carnival in Panama, there was no action taken in the existing case, but with the reopening of court business this week, action against the two attorneys is expected.