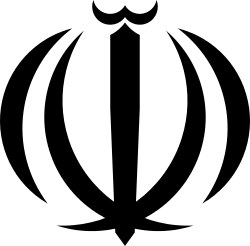 The Iranian Ambassador to Lebanon has announced that his country will pay $7000 to each Palestinian terrorist who attacks anyone in Israel, or their next of kin, if they were killed during that attack, and $30,000, to any family of a terrorist, whose home is destroyed by Israel.  Don't the banks involved know the meaning of the term Terrorist Financing?

Any financial institution, that maintains facilities, including correspondent relationships, in Judea or Samaria (commonly but inaccurately called the West Bank, from the period when it was a province of Jordan 1949-1967) runs the serious risk of global sanctions, should it participate, even tangentially, in sending Iranian cash (US Dollars, or course) to Palestinians who launch terrorist attacks in Israel.

I see where the Palestinian Authority (PA) has asked that the money be funneled through its agencies, but it has not objected to the program. It  probably want to take "processing fees" from that money.

Any bank foolish enough to move money to Palestinian terrorists, may want to read the Arab Bank  case, before proceeding, for it may find that the West, and the United States in particular, will not only charge it with Providing Material Support to Terrorism, it may also deny the bank access to the American financial structure, which is a death sentence for any bank that desires to serve its clients in international transactions.
Posted by Kenneth Rijock at Sunday, February 28, 2016