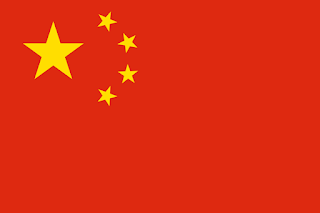 Multiple reports, verifying that a small army of cash couriers, seen transporting the maximum amount allowed by law ($50,000 or equivalent), out of China, should be a wake up call for Western compliance officers, for a large amount of this "flight capital" is believed to be owned by Politically Exposed Persons, (PEPs) and you can assume that it came from bribes, kickbacks, or unlawful compensation. The blame has been laid upon the fear that China's declining economy will deteriorate further, causing a fall in the value of the national currency. Much of the money being moved out of China is dollars, or another hard currency.

Some affluent Chinese are engaging (hiring) relatives or associates to each bring out the max, and some have been caught engaging in bulk cash smuggling, in prohibited amounts. The danger, for North American and EU banks, is that there is little trustworthy information available on exactly who is, and who is not, a mid-level PEP, in China. Therefore, one banks an individual who appears to be a small business owner, and it later turns out that he is the head of a government-owned company, or a general or flag rank officer in the military, or the managing director of a non-profit, or a charity.

This is just one more indicator to Western compliance officers that literally ALL new Chinese clients must be subject to enhanced due diligence, lest their PEP status is discovered too late to stop transfers of dirty money, laundered cash, or untaxed profits owed to the Government of China. Remember, China has a long list of those of it nationals that it wants returned to the Peoples' Republic, for crimes of one type or another.