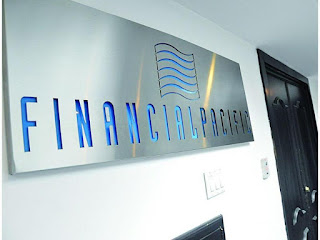 The Supreme Court of Justice approved a fine, of $500,000 and two of $300,000, levied by Panama's securities regulator against three executive of broker/dealer Financial Pacific, for auditing failures. $12m was diverted from the FP accounts, to Politically Exposed Persons, only to be mysteriously replaced, when questions arose about the transaction. A former vice president of Panama allegedly received $7m of the money.

Fines were levied against former FP executives West Valdés  Iván Clare and Oscar Rodríguez. Former President Ricardo Martinelli, and most of the ministers in his Cabinet allegedly made millions in illegal profits, through insider trading of securities of Petaquilla Gold Mine stock. The case was widely covered, when a whistle blower's civil and human rights were violated, when she was kept incommunicado in a Panamanian prison, and denied access to her attorneys and media.
Posted by Kenneth Rijock at Thursday, February 11, 2016