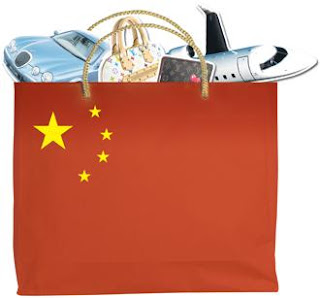 Given the comprehensive sanctions that the United States has in place, against the "Democratic Peoples' Republic of Korea, know to most of us as North Korea, banks whose customers engage in international trade  do not want to be on the receiving end of a huge fine, for facilitating trade with that outlaw dictatorship. Any such trade, made by your clients, and which payment therefor flows through your bank, could result in major reputation damage.

Luxury goods, manufactured in the West, are in high demand in North Korea, among the elite, whose conspicuous consumption includes designer goods from Paris & Rome, German high-end automobiles, and gourmet food, while the vast majority of the rural population periodically starves to death.

The premium consumer goods flow first to China, where they are transshipped to North Korea. Banks who customers include luxury goods manufacturers or distributors, whose client base includes Chinese companies, are well advised to:

(1) Require your clients to obtain, in advance, a End User certificate from their Chinese clients, certifying that the ultimate customers for your clients' goods are located within the Chinese Peoples' Republic, and Special Administrative Regions of Hong Kong, and Macau.

(2) Obtain a written statement from your clients, before you accept payments from Chinese sources, that they have an effective compliance program, which includes sanctions lists, and advance due diligence on all customers, before they sell to them.

The declining economy in China, in 2016, may force some wholesalers of Luxury goods to ship them into North Korea, in greater numbers, if they do not find buyers in China. This will further increase your risk that the customer's goods end up in North Korea.

If you have done all that is possible, to avoid the inadvertent diversion of your cutomers' goods to a sanctioned jurisdiction, you have minimized your risk, as well as the potential OFAC fallout, should an unforeseen transfer of the goods to North Korea, occur.
Posted by Kenneth Rijock at Sunday, February 07, 2016