DID PANAMA THREATEN EUROPEAN SHIPPING TO GET OFF THE FATF GREY LIST ? 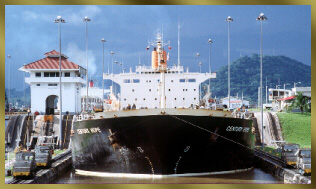 Rumors are running rampant in Panama, to the effect that the true reason the Financial Action Task Force (FATF) removed the Republic from its Grey List of uncooperative jurisdictions recently was not due to reforms in legislation, nor implementation of effective AML/CFT measures. The truth is that Panamanian diplomats contacted their opposite numbers in certain European countries, and made a direct threat, which would affect the commerce of those nations.

The threats, which appear to lie somewhere between extortion and blackmail, were a promise to delay, and even detain, shipping of those European countries entering the Panama Canal, whose delegates voted against Panama going off the Grey List, during the recent FATF Plenary in Paris. Given that diplomats are notoriously tight-lipped, one doubts whether any of them will actually, on the record, confirm the information.

Could this story be factually correct ? Remember what happened to that North Korean freighter seized and held by the Panamanian Government ? Panamanian nationalism is on the rise of late; let us just take the story with a grain of salt, but note that, in truth and in fact, Panama's AML/CFT is no better than it was when FATF originally placed Panama on its Grey List. It actually is worse, if the truth be known.

Therefore, let us consign the story to the dustbin of history, and see whether the Nicaraguan canal project suddenly obtains new financing from European financiers.