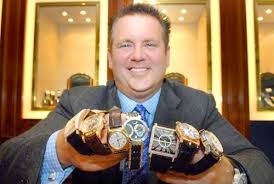 The US Attorney for the Southern District of Florida has filed a motion to withdraw its pending Motion for Reduction of Sentence for attorney Scott Rothstein, asserting that the mega-Ponzi schemer violated his plea agreement. A Rule 35(b) motion was timely filed by the Government, for Rothstein, but it provided that it expressly reserved its right to withdraw it.

A specific statement of the defendant's violations appears in the motion, "In the judgment of the United States the defendant provided false material information to the Government and violated the terms of his plea agreement."Motion at 2. Case law regarding Rule 35(b), and cited in the motion, affirms that the Government has sole discretion to file such a motion, and to file a motion to withdraw it. Rothstein's defense attorney has objected to the motion. You may recall that, when Scott Rothstein's wife was seeking to conceal their valuable jewelry collection, and sell it covertly, Scott committed perjury while attempting to assist them. He was untruthful in an affidavit. At that point, the US Attorney's Office appears to have properly lost all interest in continuing with any efforts to reduce his fifty-year sentence.

At this point it might be appropriate to remember that Rothstein forged court documents, including judge's signatures, to create bogus structured settlements of sexual harassment and employee discrimination claims. He used his special qualifications as an attorney specializing in such cases to defraud investors, even hedge funds, of many millions. If anyone deserves an effective life sentence, it is clearly this Ponzi schemer.