REMEMBER, THE BEARER SHARE PROBLEM JURISDICTION IS NOT PANAMA, IT IS THE BVI 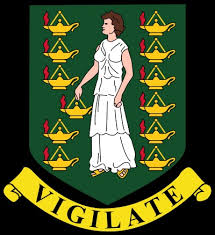 In a recent interview, Panama's Minister of the Economy and Finance, Dulcidio de la Guardia, discussing the impact of the Panama Papers, correctly pointed out that less than twenty per cent (20%) of the offshore corporations formed by the law firm of Mossack & Fonseca were Panamanian. The vast majority were incorporated in the British Virgin Islands. Given the "expertise" displayed by the Mossack firm, in tax evasion, money laundering, drug proceeds, and hiding the proceeds of official corruption for sleazy PEPs, you should understand why they took that action, more often than not.


the BVI company, with its untraceable bearer share ability, makes the identification of beneficial owners a practical impossibility, even if you are a powerful North American or European law enforcement agency. Remember, when foreign journalists show upon in Tortola, to interview the local financial service providers, they are promptly deported or expelled, for the lion's share of government revenue is derived from the island's sordid offshore financial industry.,

Chinese clients are especially interested in acquiring a BVI company, which they can generally obtain in Hong Kong, due to the opaque nature of the corporate structure, distance from the People's Republic tax authorities, and user-friendly BVI government practices, facilitating potential global clients, irrespective of their national origin, sanctions evasion scheme, or transfer pricing  agenda.

Should ALL British Virgin Islands Companies be treated with suspicion ? I would answer in the affirmative, unless the client actually has a physical presence there, such as sailboat rentals, or some other actual brick-and-mortar tourism business. To do otherwise could expose your bank to unnecessary risk, including prior owners/holders of the company, who sold it to your client, leaving a footprint of criminal, or terrorist financing, activity. And forget about all the public relations pap, about the fact that it is British territory; there's total local autonomy for legislation, and protection of homegrown financial services businesses. Do not accept BVI companies that do not exist to service local businesses, there if you sincerely want to reduce your risk.
Posted by Kenneth Rijock at Wednesday, September 27, 2017