WASHINGTON LOBBYIST LAUNDERING PROCEEDS OF CORRUPTION REPORTEDLY TO BE CHARGED 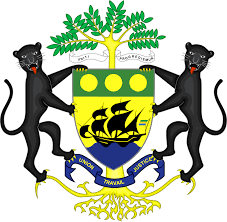 In the dark and sordid world of Washington lobbyists. where lawyers seek favorable legislation, as well as foreign aid for their clients, some are, regretfully, engaged in laundering the proceeds of their foreign governmental leaders' corruption. They receive illicit capital, and disburse it, according to their clients' orders.

Joseph Szlavik, who formerly held a number of government positions, including with the While House, and at US Customs, is the subject of a 2017 Federal civil forfeiture complaint,  alleging that he moved over eight million dollars for the present and former president of the Republic of Gabon. Ali & Omar Bongo. The Government seized $475,000 in cash, held by Szlavik in a network of accounts, owned by companies controlled by Szlavik.

Szlavik, whose FARA registration lapsed decades ago, appears to have been the front man for the corrupt leaders of Gabon for decades. Reports from Washington indicate that he will probably be indicted shortly for making false statements to Customs & Border Protection agents, as he repeatedly lied about the status, and disposition, of large sums of cash that he brought into the United States for his corrupt clients.

The complaint alleges that another American was also a career cash courier for Gabon's leaders, Derek Ashby, who reportedly resides in Gabon.

This case makes one wonder how many Americans in D.C. are moving criminal proceeds for corrupt foreign leaders, who get rich by stealing from the national treasuries of their countries.