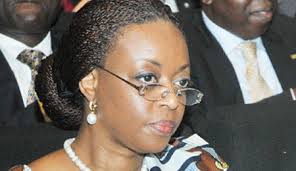 Diezani Alison-Madeuke in Dominica, Alizeera Moghadhan in St Kitts, Walid Juffali in St Lucia, and Eric Resteiner in Grenada. These dodgy individuals are well known to European and North American compliance officers, as they were all purchasers for millions of dollars, of diplomatic passports from the nations of the English-speaking East Caribbean that participate in Citizenship by Investment a/k/a economic citizenship programs. While the CBI programs are legitimate, the diplomatic passport passport sales schemes are not, and they are tarnishing, and even poisoning, them, in the eyes of the international community.

We have previously detailed precisely why these diplomatic passports are illegal; they violate the Vienna Convention on Diplomatic Relations, which imposes specific requirements on diplomats, regarding their accreditation, duties and responsibilities, travel, and residence. None of the career criminals, tax evaders, fraudsters, international sanctions evaders, and nationals from OFAC-sanctioned countries qualify as working diplomats, due to their utter failure to discharge those duties. In fact, their erratic and meandering travel itself disqualifies them from any claim of diplomatic immunity, which they universally qualify, the moment arrest warrants are issued, with little or no success.

Corrupt leaders in the East Caribbean, who line their pockets, employing Swiss bank accounts, and US real estate investments, issue these diplomatic passports, which are not authorized by local law, and the domestic law enforcement structures in those countries are generally too weak, or corrupt, to control this grossly illegal activity, and other nations choose not to interfere in their internal affairs.

Add to this mix the fact that a small number of the CBI consultancies, the ones without any moral fiber, actually assist diplomatic passport purchasers in their quest for a get-out of-jail passport. While there are several firms that choose to ignore those requests, a notorious few enthusiastically facilitate this illegal practice. These few bad apples are tarnishing the good name of the reputable firms.

Finally, the scandals surrounding the exposure of criminals with diplomatic passports, rubs off on the CBI programs of the East Caribbean, as bank compliance officers, foreign law enforcement agencies, and customs & immigration officers, are now associating the dirty diplomatic passports with the CBI industry, and its passport holders. Even worse, events such as the reimposition of visas, by Canada after a bogus St Kitts "diplomat" tried to gain entry, shows that blow back can be universal, even affecting the holders of all passports, from a nation that issues the dirty passports. 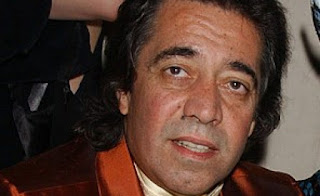 Unless lawmakers in the legislatures and parliaments of the East Caribbean act to specifically ban the issuance of diplomatic passports to foreign nationals, without exception, this abuse will continue, and the privileges CBI passport holders presently enjoy abroad could start disappearing, rendering them without significant value.