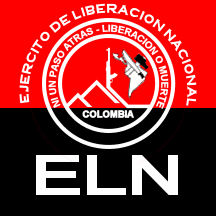 The National Liberation Army, more commonly known as the ELN, has signed a bilateral cease fire with the Government of Colombia, which is believed to be the first step towards a comprehensive peace treaty. The agreement goes into effect on October 1, ends January 12, and can be renewed with mutual consent.

The ELN financed its terrorist operations through kidnappings, and extortion,  especially targeting oil pipelines. If a peace treaty is eventually signed, a future political party that the ELN could become, will probably need the billions of dollars that it has cached, as the result of its criminal conduct.

if you are a compliance officer at an international bank, be alert for any unusual US Dollar transfers, with a destination in Ecuador, where the ELN has power, or in Panama. The ELN may soon break open its piggy banks abroad, or some of its leaders may seek to divert cash to their own personal use.