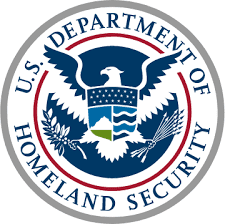 The Department of Homeland Security has implemented Visa Sanctions against four nations that have failed to cooperate with American deportation efforts to repatriate their nationals who are convicted felons. This action may drive financial criminals who wish to operate in the United States into acquiring Citizenship by Investment (CBI) passports from countries in the East Caribbean offering economic passports. Compliance officers in North America should be alert to this possibility, lest their banks fail to identify them at account opening.

The countries that have refused to cooperate with deportation of their criminal nationals who have been ordered removed from the US are:
(1) Sierra Leone
(2) Guinea
(3) Eritrea
(4) Cambodia

The Secretary of State will no longer issue "B" Visas, for business or tourism, with some exceptions. Given the ease which Citizenship by Investment passports can be obtained in certain East Caribbean jurisdictions, compliance officers should closely examine the Place of Birth on any passport they encounter from any of the five East Caribbean countries, to determine if the holder is from one of the above countries.

Financial criminals often swiftly adapt to changes in circumstances, well in advance of the dissemination  of information about their tactics. If These African and Asian nationals are found to be claiming to be citizen of an East Caribbean nation, enhanced due diligence, at the very least, should immediately be conducted; you may consider such individuals to be unsuitable as clients, as part of your risk-based compliance program.

Readers who wish to review the complete text of the DHS Announcement here.
Posted by Kenneth Rijock at Wednesday, September 13, 2017