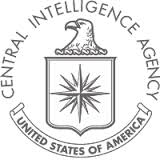 According to public statements made by the Deputy Director for the development of technology at the Central Intelligence Agency, the CIA is presently running 137 pilot projects that utilize Artificial Intelligence, to collect information from big data, a large portion of which is extracted from social media. Another CIA conference speaker gave credit to AI to increase the volume and velocity of the Agency's social media data collection, which is a major improvement upon the previous method, the use of intelligence analysts to search and locate information.

While little in the way of specific details were provided during a public seminar on intelligence and national security, AI was credited with facilitating a project that automatically tags objects in videos for future analysis, and in predicting future events based upon big data and correlational evidence. Social data mining and surveillance is reportedly the primary focus of a number of companies receiving Agency funding, as AI provides a unique tool to mine big data from social media platforms.