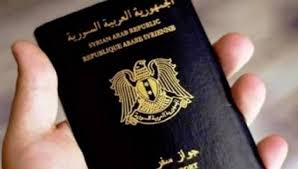 The authoritative American think tank, the Gatestone Institute, has reported that ISIS is in possession of 11.000 valid, blank Syrian passports*. This statement, if verified, means that compliance officers must consider ALL Syrian passports invalid, for the purposes of due diligence and enhanced due diligence. Only through alternative methods of investigation, can any compliance query of Syrian nationals, be considered adequate, and given the current state of the civil war in Syria, there is no
acceptable means of vetting Syrians.

Whether ISIS is using those passports to place terrorist agents into the countries of the European Union is not known, but it must be assumed, given ISIS acceptance of responsibility for a number of terrorist acts committed recently in Europe. Could ISIS terrorist financiers, or terrorist operatives, masquerading as refugees, make their way to the United States and Canada ? Compliance officers, who operate a risk-based system, must now regard all Syrian passports as suspect, and not true evidence of identity.
__________________________________________________________________________
* The use of blank passports by terrorist organizations is not new. Though there was a concerted campaign to keep the story out of the media, American Forces in Afghanistan in 2011 confiscated a large number of valid, blank passports, issued by the Republic of Haiti, in Taliban-controlled territory. Sources from Haiti alleged that they has been purchased, by Palestinian businessmen, before 9/11, and shipped to the Middle East.
Posted by Kenneth Rijock at Thursday, September 21, 2017