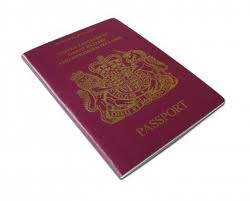 Dominica's Citizenship by Investment Program, which confers upon those it accepts visa-free entry, as a member of a Commonwealth of Nations country, is dangerous enough for compliance officers, but its  free award of diplomatic passports to dodgy foreign nationals, many from high-risk countries, is just cause to substantially raise Country Risk on Dominica, until such time as it abolishes the legislation permitting non-Dominicans to hold such passports. Dominica's deliberate violations of the Vienna Convention on diplomacy, through issuing such passports, and permitting the holder to reap commercial profit from his status, are unconscionable, and many of the country's citizens have written to me, in agreement.

Furthermore, the Ministry of Foreign Affairs is in total denial about the lack of effective due diligence, regarding the Alireza Monfared* scandal. if I knew Monfared was a full participant in a massive Iran sanctions evasion scandal, dealing in tankers full of untouchable Iranian oil, at anchor off Labuan, Malaysia's obscure, yet effective, offshore tax haven, then the Ministry is guilty of gross negligence, or worse, corruption. There was no 'comprehensive due diligence investigation; worthy of the name, using foreign sources, or they would have reported it. In my world, we call that malpractice.

The fact that Monfared routinely used his middle name, Morteza, as a first name, to conduct his illicit trade, and that his actions were not discovered by the Ministry, means that simple database checks, and not a proper field investigation, was conducted. No wonder many of the foreign nationals with Dominican diplomatic passports seem to be running afoul of the law, outside Dominica. The investigations are merely superficial checks.

The last straw is the fact that the Ministry has engaged a consultant to assist it, but that his report is not due until June 2017. Does the Minister think that there will be no more Monfareds exposed (and arrested) between now and then ? So long as anyone with a big bag of cash can buy a diplomatic passport from Dominica, I regret to report that ALL Dominican passports presented to bank officers abroad, of any kind or type, are suspect, and Country Risk shall be elevated to a high level.
________________________________________________________________________
* If we learn, at a later date, that the records of Monfared's Dominican-registered vessel cannot be located, then there will be some serious finger-pointing toward both PM Skerrit, and one of his attorneys, recalling his urgent trip to Greece, to visit the offices of one of his "diplomats."
Posted by Kenneth Rijock at Saturday, January 28, 2017