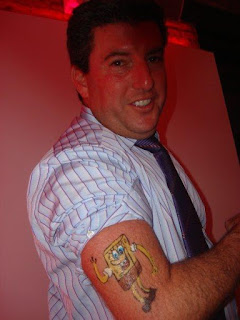 The New York State Supreme Court, in a opinion* dated January 5, 2017, has disbarred David J Boden, who was the in-house attorney at Scott Rothstein's law firm. Boden pled guilty to Conspiracy to Commit Wire Fraud. a Federal felony, for which he was sentenced to 18 months of incarceration, and one year of Supervised Release, and he was released in November of 2016. The Court noted that he failed to notify the State of New York of his conviction, which is itself a violation of New York bar rules, I understand, as it is in other jurisdictions.

The Court held that Boden's conviction was for a crime that was essentially similar to the state felony of Scheme to Defraud in the First Degree, and also found that he had been automatically disbarred "by operation of law at the time of his conviction."Boden had asked for a postponement, to permit him to seek an "expungement," through an as yet unfiled motion, but the Court denied his request, and granted the Disciplinary Committee's request for Disbarment.

One puzzle remains: what is a lawyer, not admitted to practice in the jurisdiction, doing in a law firm where all the other counsel are lawyers who are admitted ? I have often wondered why he did not simply take the Florida Bar Examination. Otherwise, his utility was limited to office practice, and if everybody else is a lawyer, why have someone not admitted on staff, as counsel ? Who was he advising ?