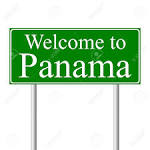 If one travel agent's story is representative of the situation, he reports that every one of his North American clients have canceled their scheduled Winter travel to Panama. Crime statistics in Panama City are not reported, and with good reason, violent crime, especially against tourists and resident expats from North America and Europe, has increased, and even business travelers have been cautioned to avoid all but essential travel to the Republic of Panama.

Visitors would be well advised to engage, in advance, a car service, with an armed driver, lest they become crime victims. Hotel occupancy has been very low for several months, and attacks in and around tourist hotels are common, including sexual battery. It is humbly suggested that, unless you have a very good reason to go to Panama City, you defer your travel, especially for US citizens, given that there has been a recent increase in anti-American attitude.
Posted by Kenneth Rijock at Tuesday, January 10, 2017