My article, which was posted yesterday,* has resulted in a number of readers reminding me that Gary Lundgren, who handled investments for the imprisoned Colombian master Ponzi schemer, David Eduardo Helmut Murcia Guzmán, stole most of the real estate he purchased for his client, as well as a room full of narco-cash.

One reader also brought the fact that he helped himself to Murcia's Ferrari, which locals say he removed the engine from, to deter theft, and stored in a secure parking garage in Panama City. If you are going to be a thief, the saying goes, steal big; Mr. Lundgren obviously follows that philosophy. 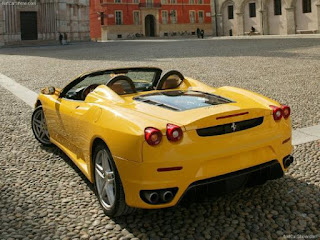 One in particular drew my attention to the fact that Lundgren now holds properties Murcia purchased in these buildings:

Will he ever be charged in Panama ? We cannot say, but stay tuned, because our sources advise that we can expect some news from the Unites States, regarding Mr. Lundgren, quite soon.